Welcome to the August 2018 edition of our 2 minute SEO update report. Get up to speed with all the important changes within online marketing and search in 2 minutes.

At the start of August – 1st/2nd – we saw lots of ranking movements which Google confirmed was due to a “Broad core algorithm update”.
Google performs these updates a few times a year to re-adjust their search results and re-value websites. The update takes all their signals into account therefore it isn’t just a linking update or on page content.
This update affected the medical industry considerably, but not just those sites which has been often reported by other SEO’s.
If your rankings have dropped it isn’t because your website isn’t as valuable as it once was, but instead other websites are now deemed more relevant to the search query.
The fix: make your page/site content better than your competitors.

Just a quick note about Google’s Mobile First Index rollout. The chances are by the time you receive the email from Google your website was probably using the Mobile First Index several weeks beforehand. Google have said that there is a delay when they send out those emails.

If you are new to search engine optimisation or just need a little refresh on the phrases used in our report head over to our SEO Glossary page, everything you need to know in one place.

Every so often I like to remind our readers to use and monitor messages in Google’s Search Console.
NEW MESSAGE: If you have recently migrated from HTTP to HTTPS Google now informs you if any pages are not being indexed after the migration.
On a side note when performing this type of migration you should use 301 redirects and not 302’s etc.

Google have rolled out a new version of their link report in Search Console. You should check it out as there is a lot more detail provided.

To help Google read PDF files and other similar types of documents they convert them into HTML first. Interesting!

We all know to have up to date content on our sites, however, when updating your content do not update the publish date. This has been heavily recommended by Google. What you can do is write a little note at the start of the content informing that the content has been updated.
TIP: I like to Include this info in the META tags too to help the CTR. 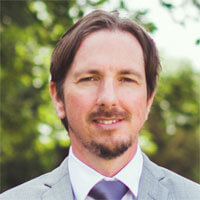 Stuart Cole has been running Internet businesses since 1996 and has been concentrating on SEO and online marketing since 2007. Stuart is a regular SEO author specialising in recent changes that can affect how websites perform in search engines.